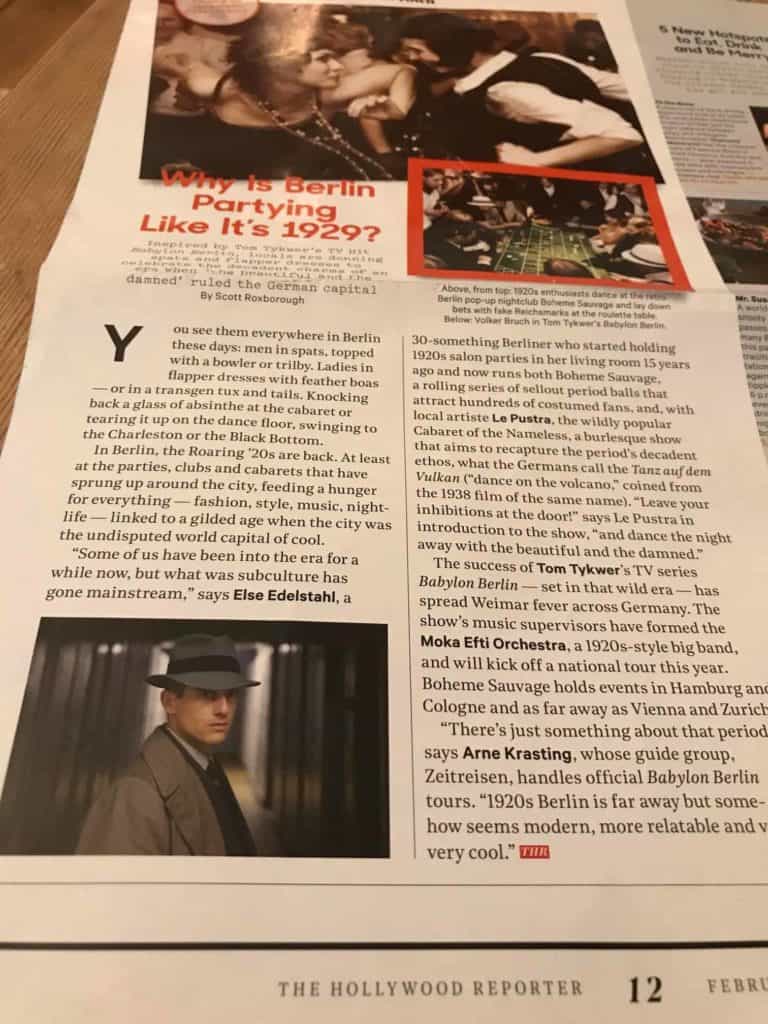 Inspired by Tom Tykwer's TV hit 'Babylon Berlin,' locals are donning spats and flapper dresses to celebrate the decadent charms of an era when "the beautiful and the damned" ruled the German capital.

You see them everywhere in Berlin these days: men in spats, topped with a bowler or trilby. Ladies in flapper dresses with feather boas — or in tux and tails. Knocking back a glass of absinthe at the cabaret or tearing it up on the dance floor, swinging to the Charleston or the Black Bottom.

In Berlin, the Roaring '20s are back. At least at the parties, clubs and cabarets that have sprung up around the city, feeding a hunger for everything — fashion, music, nightlife — linked to a gilded age when the city was the world capital of cool.

"What was subculture has gone mainstream," says Else Edelstahl, a 30-something Berliner who started holding 1920s salon parties in her living room 15 years ago and now runs both Boheme Sauvage, a rolling series of sellout period balls that attract hundreds of costumed fans, and, with local artiste Le Pustra, the wildly popular Le Pustra's Cabaret of the Nameless, a show, created by and artistically directed by the wild and provokative madam, that aims to recapture the period's decadent ethos. "Leave your inhibitions at the door!" says Le Pustra by way of introduction to the show, "and dance the night away with the beautiful and the damned."

The success of Tom Tykwer's TV series Babylon Berlin has spread Weimar fever across Germany. The show's music supervisors have formed the Moka Efti Orchestra, a 1920s-style big band, and will kick off a national tour this year. Boheme Sauvage holds events in Hamburg and Cologne and as far away as Vienna and Zurich.